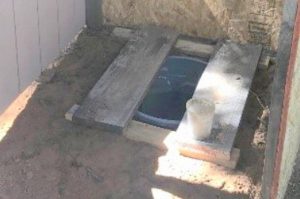 The first one was on June 13th when armed with a search warrant members raided a home on the 7000 block of Latigo Street in rural Angels Camp. Discovered on the property were 3,344 pot plants and 34 pounds of processed marijuana. Also seized was equipment from a butane honey oil lab that had been used to process concentrated cannabis, eight firearms and counterfeit money. Three individuals, Ben Leetham, 26, of Copperopolis, Scott Walter, 42, of Stockton and Justin Reed, 42, of Angels Camp, were arrested at the site.

The next day a similar search was conducted at a house in the 1700 block of Highway 49 near San Andreas. In this bust, 529 marijuana plants and 47 pounds of processed marijuana were confiscated. The entire home had been turned into an illegal grow, creating unsafe wiring and substandard conditions, forcing Calaveras County Code Compliance to red tag the place. Then, on Thursday, June 20th of the next week, 673 marijuana plants were found during a raid in the 7200 block of South Railroad Flat Road, near Mountain Ranch.

This week two more raids were carried out in Mountain Ranch and West Point.  On Tuesday, the unit seized 38 pounds of processed marijuana and eradicated 3,252 marijuana plants planted near a grape vineyard possibly to provide cover for the illegal grow, according to sheriff’s officials.
No arrests were made in these busts as no suspects were found at any of the residences.

Finally on Wednesday, one arrest was made during a search at a property located in the 3800 block of Tree Lane in West Point. Jianrong Huang, 37, of West Point was caught by deputies as he tried to flee the scene. In this raid, the house was also converted into a marijuana growing facility with 899 marijuana plants, nearly 5 pounds of processed marijuana and a handgun taken from the scene.

A disgusting find at the property was a make shift toilet that consisted of a shallow hole and there was also trash found buried nearby. That along with mold found inside the home also garnered a red tag code violation, marking it as inhabitable. Huang faces possible charges of criminal conspiracy, possession of marijuana for sale, illegal cultivation of marijuana and maintaining a drug house for unlawfully selling, giving away, or using controlled substances.

Anyone with any information on these busts or that may be suspicious of a possible illegal marijuana grow is asked to contact the Sheriff’s Marijuana Tip Line at (209) 754-6870.