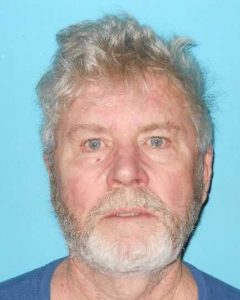 Columbia, CA – A Columbia man is facing felony charges after attacking a woman, and the brutal assault was caught on video.

A call came in Wednesday regarding a domestic disturbance that had taken place the night before at a home on Green Street. Tuolumne County Sheriff’s Deputies were sent to the house to conduct a welfare check. During questioning of the individuals involved, deputies learned that the whole assault had been taped.

Sheriff’s spokesperson Sgt. Andrea Benson details that the video shows 70-year-old Jerry Mitchell repeatedly hitting the victim and then grabbing her by the hair, shaking her head back and forth.  Mitchell can also be seen spitting on the victim as she is curled up on a couch and covering her head to protect herself from more blows, according to Sgt. Benson. She adds that the victim had visible injuries consistent with physical abuse.

Mitchell was arrested for felony domestic violence on a $35,000 bail.