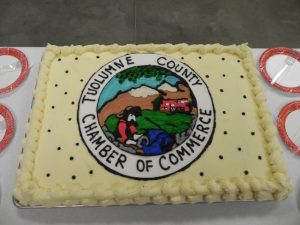 Sonora, CA — Lowe’s was officially welcomed to Sonora by community leaders this morning. Ground was broken on the Sonora Lowe’s last May, and 172 days later was the official “Board Cutting.”


Lowe’s Store Manager Heather Farris and District Manager Ed Burris hosted the event outside the new store at 120 Old Wards Ferry Road. Farris noted that Lowe’s invested over $12 million to build the Sonora store and hired 97 people to this point.

Sonora is Lowe’s 109th store built in California. The first was constructed in Bakersfield in 1999. Sonora Mayor Bill Canning did the ceremonial “Board Cutting” to officially welcome the home improvement center to the community.