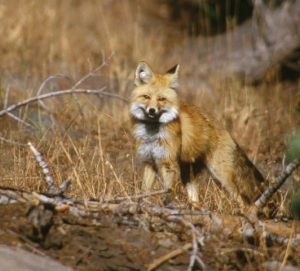 Federal wildlife biologists have confirmed that two more Sierra Nevada red foxes, once thought to be extinct, have been photographed near Sonora Pass.

Scientists report to the Associated Press that DNA samples found show enough diversity in the animals to suggest that there is a “fairly strong population” of the foxes secretly doing well in the rugged mountains across the Sierra Nevada.