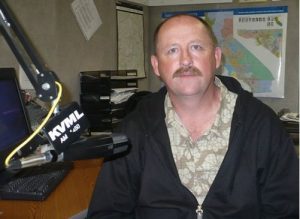 San Andreas, CA — Construction on a new jail facility for Calaveras County is scheduled to start early next year. The jail will have a 240 bed capacity, but due to budget restraints county officials plan to utilize only a percentage of the beds at the beginning.

“We told the Board of Supervisors that we can staff and operate it as we need to, until the economy gets better,” says Captain Ed Ballard, who is overseeing the project. “Since the economy is in the condition it is, we’ve been reevaluating some of the past staffing plans.”

The county’s current jail facility can house 65 inmates, and the new jail will initially house around 80 inmates when it opens in 2013. How fast the number increases will be decided by the Board of Supervisors based on county revenues.

Phase one construction, which includes the roads and basic infrastructure, is scheduled to begin early next year. Captain Ballard says 23 contractors have expressed interest in doing phase one, and a contract will be awarded at an upcoming Board of Supervisors meeting. A contract for phase two, which is the overall jail construction, will be awarded sometime around February of next year.

The jail project will cost approximately $56 million, with $26 million coming from the state.