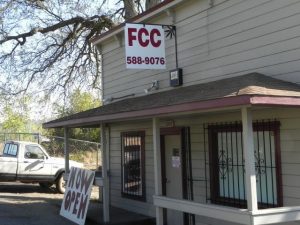 Sonora, CA — A medicinal marijuana collective has opened its doors on Mono Way, despite the Sonora City Council’s moratorium passed earlier this week.


The Council voted unanimously on Monday to place a 10 ½ month moratorium on medicinal marijuana clinics so that city staff would have time to draft an ordinance. It came after the city passed a similar 45 day moratorium on October 18.

“We’re not trying to fight the city, but we feel it is time for them to make a decision on what needs to be done,” says Jason Brisco, Co-owner of Foothill Care, Inc. “We have a business license that we received three days before they put the moratorium in place. We’re just trying to get this medicine out to the people that need it.”

“We are a nutraceutical and herbal wellness club, and marijuana by definition is an herb,” adds Brisco. “For example people with cancer take it for chemo treatment, nausea, and pain. I believe there is a need up here, but they just haven’t allowed it to this point.”

Sonora Police Chief Mark Stinson was not available for comment this afternoon on whether any potential charges could be forthcoming regarding the operation of the collective.