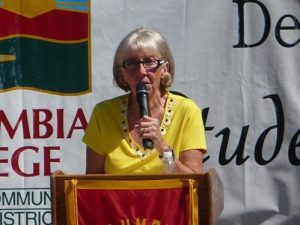 Modesto, CA– Today’s Yosemite Community College District Board meeting will be the last for two current Board members.

Board Chair Pat Dean from Area 1, which covers Tuolumne, Calaveras and Eastern Stanislaus Counties, and Vice-Chair Desirree Abshire from Area 2, covering the Oakdale/Riverbank/Waterford area will be vacating their seats in December.

Earlier this year, Dean, a trustee since 2003, announced she would not be running for re-election for the YCCD Board of Trustees. Shortly after her announcement, Vice-Chair Desirree Abshire who was elected in 2006 also stated her intention not to run for re-election.

The final results of this year’s Board election are not yet officially determined, as provisional ballots are still being tallied in Stanislaus, Tuolumne and Calaveras counties. Officially, the final vote must be tallied by November 30th.