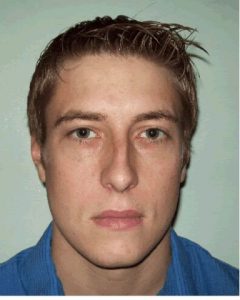 Columbia, CA – A worker at Columbia Elementary is accused of sending illicit photos to a student from a cell phone. The Tuolumne County Sheriff’s Office says 23 year-old Brennan Pendley was booked into Tuolumne County Jail yesterday.

“Our investigators sent a complaint to the District Attorney’s Office, and a warrant was issued for Mr. Pendley,” says Sgt. Jeff Wilson, Sheriff’s Office spokesperson. “He appeared in court and was told to turn himself into the jail. He was booked there and then released on his own recognizance.”

Sgt. Wilson says the warrant was issued Thursday for “harmful matter sent with intent of seduction of a minor.” Pendley was not a teacher at the school, but sources say he worked with students in after school programs. He is the son of Columbia Union School District Superintendent John Pendley. The suspect has issued a plea of not guilty and is scheduled to return to court in late December.