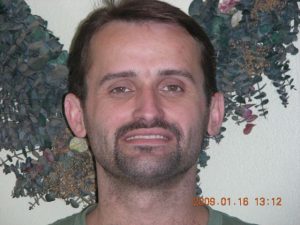 Sonora, CA– The search continues for a missing Sonora man who hasn’t been seen by his family since October 18th.

Darvis Lee Jr. was last spotted in the Columbia area where his car was found near the Quail Mine area off Big Hill Road.

“We haven’t received any tips or leads”, said Sheriff’s Office Spokesperson, Jeff Wilson. “Investigators were out with dogs the other day. They searched the area again and didn’t turn up anything. We’re still actively looking for him.  Anyone with any information about Darvis Lee Jr.’s whereabouts should call the Sheriff’s Department at 533-5815.”

The family of Darvis Lee Jr. is also offering a $10,000 reward. Lee’s mother, Sandy Lee said the reward will go to anyone who provides information that would lead to finding her son.

Lee gained regional media attention in 2008 when he fell over 100 ft. and was trapped in an abandoned mine for two nights on Jack Page Road near Columbia. A rescue team from Los Angeles was called in once Lee was located to assist the Tuolumne County Search and Rescue Team.