Parolee At Large Arrested In Sonora 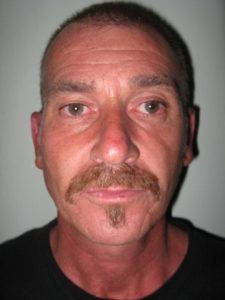 Sonora, CA– A Ceres man on parole for residential burglary and parole violation has been arrested in Sonora.

45 year old James Cotner had been involved in a vehicle pursuit back in early July. According to Sonora Police, Cotner abandoned his vehicle and left his passenger behind.

Yesterday a Sonora Police Officer apprehended Cotner on Highway 108 near S. Washington Street after conducting an enforcement stop on his vehicle for expired registration.  Cotner who also had a female passenger in the vehicle with him, had no identification and gave the officer a false name. The female passenger was identified as the person who was with Cotner during the July pursuit. Sonora Police identified Cotner by his description and the last name “Cotner” tattooed on his arm.

Police also learned that the person’s name Cotner had been using, resides in Sugar Pine and was recently the victim of a burglary. Located inside Cotner’s vehicle was stolen property. Cotner was transported to Tuolumne County Jail and booked on felony violation of a parole warrant.