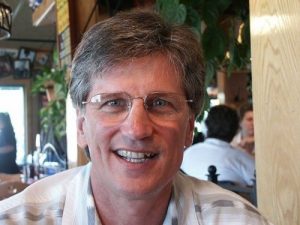 Tuolumne County Public Health Officer, Dr. Todd Stolp is keeping his eye on Proposition 19, which would allow California to be the first state to legalize small amounts of marijuana.

Dr. Stolp was Friday’s KVML “Newsmaker of the Day”.

According to Stolp, the scientific benefits of medical marijuana are not well demonstrated in literature. The medical benefits based upon reports and reviews, most recently by the American Medical Association suggest that it may be effective in some things such as neuropathic pain, weight loss, vomiting during chemotherapy treatment and high internal eye pressures from glaucoma.

Too often Stolp sees people approach the Health Department with medical marijuana recommendations that do not fit into those aforementioned categories, or who have not explored other options for treatments.

Stolp believes that too many people both nearby and around the state, are using the current medical marijuana laws for the purpose of recreational usage.

Should Prop 19 pass, Stolp is concerned that this would allow yet another option for some individuals to try to solve or escape from their problems with a chemical.

Stolp points out that studies show that tobacco and alcohol are more dangerous than marijuana to the human body and to the general public, but he doesnt believe that should be reason to open the door for another form of a chemical that may add further damage.