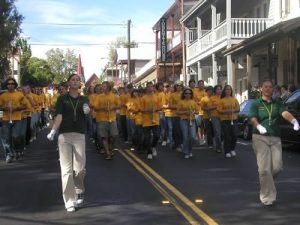 The Police Department will close down Washington Street (Highway 49) to all traffic from 2:15pm-3pm. The parade will start at Sonora High School via School Street, travel on Washington Street and then end at the intersection of Church Street. Following the parade the Golden Regiment Band will perform in Courthouse Park for approximately 15 minutes.

During the bands performance, Green Street will be closed from Bradford to Yaney.
The Police Department is asking for patience from motorists as the downtown area will be busy on Friday afternoon.