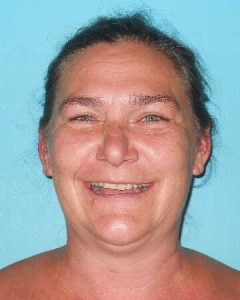 Jamestown, CA – While it was a broken brake light on a Volkswagen Jetta that caught the eye of a Tuolumne County Sheriff’s Deputy, it was his nose that sniffed out a drug bust.

The deputy pulled the car over on Seco Street in Jamestown Tuesday night. Behind the wheel was 48-year-old Renee Rivera of Jamestown and a records check revealed she was driving on an expired license. Her lone passenger was identified as 44-year-old Sara Taylor of Sonora. The deputy smelled the strong odor of alcohol wafting out of the car and asked if they had been drinking. That is when Taylor offered up that there was an open bottle in the car and admitted she had a methamphetamine pipe in her bra.

After a search of the vehicle, two bottles of Vodka, one half gone, were found along with over 12 grams of methamphetamine. The two women were taken into custody for possession and transportation of a controlled substance for sale. Each was given a $20,000 bail.