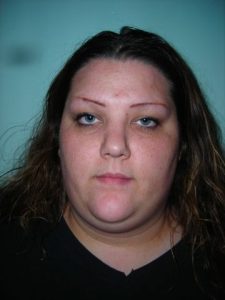 The 1989 Ford Crown Victoria was reported stolen out of Clearlake, California on September 13th. Taken into custody were 24-year-old Enedina Dominguez of Clearlake, 43-year-old Eva Oakes of Clearklake and 27-year-old Rachelle Martin of Sonora.

“All three subjects denied having knowledge that the vehicle was stolen,” says Police Chief Mark Stinson. “However, the passenger side window was broken out, the ignition had been drilled out, and they were using a screwdriver to turn off and on the vehicle.”

There were also three children in the car, a four-year-old girl, 14-year-old boy and 15-year-old girl. The Police Department reports that the youngest child was unrestrained and crawling around the floorboard of the vehicle.

Oakes and Martin were booked for felony possession of stolen property.