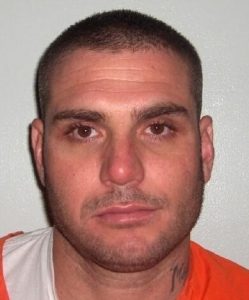 Sonora, CA– The Sonora Police Department apprehended one of its “Most Wanted” suspects over the weekend. 35 year-old Jeremy Loren Allen who was wanted for parole violation and possession of narcotics was stopped in a vehicle in downtown Sonora Saturday night just before 9 pm.

According to Sonora Police Chief Mark Stinson, Allen fled from the vehicle and a foot chase ensued. Allen was chased by a Sonora Police officer for several blocks until the officer lost sight of him. Additional units were called in along with the Tuolumne County Sheriff’s Department to conduct a search of the area. Allen was located hiding on a roof of a residence but when he was spotted, jumped off the roof into a tree. Other officers on the ground were able to grab Allen and pull him from the tree and take him into custody.