Mother Lode Gets Go Ahead To Construct Two Resilience Centers 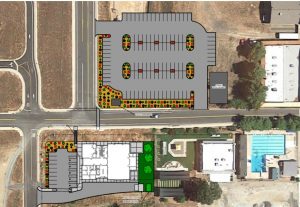 Sonora, CA – Plans for two resilience centers in Groveland and Tuolumne have received approval to proceed.

Tuolumne County Deputy Administrator Maureen Frank shares that the county is excited to receive the official notice, which came in Tuesday at 11 a.m. from State Housing and Community Development, NDRC Granting Authority.

As reported here, the multi-million-dollar funding for a single but larger center, previously approved within a suite of projects funded through a HUD National Resilience Competition grant award won through a state and county partnership submission in the wake of the Rim Fire.

In the initial research and development phase, the county and local stakeholders began to lobby for two smaller centers that would focus on uniquely serving two key communities near the Rim Fire footprint, which would require the state’s buy in.

Frank comments, “County staff is looking forward to working with the community, project stakeholders and architects in finalizing the design…and getting the cost of construction in line with the funds set aside for these projects.” She adds the county anticipates that both centers will be completed and open to the public by September 2022.

To view images of the two projects, click into the image box slideshow.