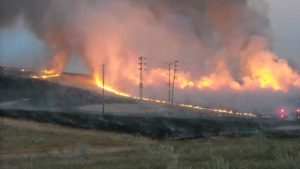 La Grange, CA– The six grass fires that burned last night on J-59 near Bonds Flat Road caused an estimated $11, 400 worth of damage.

Total vegetation burned was 60 acres. The fires are still under investigation.