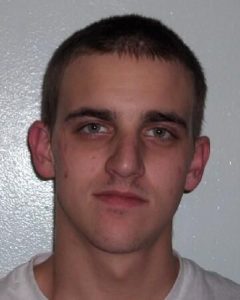 At approximately 4:43 pm, police were called  to a reported domestic dispute at the Greenwood Village Apartments on Greenly Road.   One person involved in the dispute was contacted at the apartment complex.  The other person, 21 year old Russell (Buddy) Lee Jr. was contacted at the nearby County Children’s park.

An earlier witness had contacted police informing them that Lee Jr. had been seen burying something in the park. That item was determined to be heroin. Lee Jr. was taken into custody and booked at the Tuolumne County Jail for possession of a controlled substance.