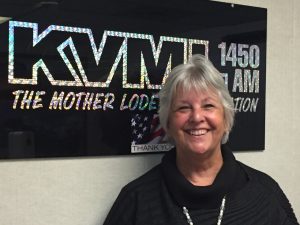 This summer the Calaveras County Arts Council will shake, rattle and roll summer nights with four new dates and two new venues for their signature admission-free Music in the Parks concert series.

New this year, the Council is shifting four of their weekly concerts to both Friday nights and Wednesday nights.

Also new this year: An art table at each concert, where kids of all ages can enjoy a different art experience each week, free of charge, while they listen to music.

While the traditional Wednesday night concerts have been popular, according to Mazzaferro, “after much discussion, the board of directors decided that Music in the Parks would benefit from changing it up. Having looked at our programs for more than 25 years, we wondered, would Friday nights be more fun? Are there new venues we might want to explore? The only way to find out is to take a leap of faith and jump in with four Friday nights of music this summer.”

Mazzaferro continued, “We are particularly excited about our new venue tonight in Valley Springs at the Observation Point Picnic Shelter at New Hogan Reservoir Outlook. It’s such a beautiful venue overlooking the lake. And this particular year the lake is full.”

It is at this location that The Sky Kings will kick off the Music In The Park series with their blend of clear vocal harmonies and instruments that includes a horn section, pedal steel, and a world class rhythm section. They pay tribute to the early California country/rock scene with songs from artists like CSN, The Byrds, and Jackson Browne. But they’re not just a cover band; they blend original material seamlessly into their show. You can let the kids play in the onsite playground while you relax and watch the night come up over the lake and sing along to the Sky Kings.

On Friday June 21, the sounds of Brazilian choro music by the new band Sambossa will transport you to the Copacabana in Rio de Janeiro—actually, Brice Station Vineyards above Murphys—with their soft melodic jazz with a compelling beat. A blend of European music and Afro-Brazilian percussion, it’s reminiscent of tango, bossa nova, and samba music; choro took the 19th century by storm and has never grown old. No offsite alcohol is allowed, but there will be wine and beer for sale and desserts from Red Apple to round out your picnic.

On Wednesday, June 26, Utica Park in Angels Camp will rock with local singer Brian Jirka and the Cabby Band. The band performs a mixture of soul, blues, rock, funk and even a pinch of reggae and country.

On Wednesday June 10, the Stompbox Band will punch a hole in the air at Shutter Tree Park in Mokelumne Hill with covers people love to dance to. The Moke Hill Lions Club will be serving pie and ice cream so you can keep your energy up.

The next concert is on Wednesday July 17 at the Mountain Ranch Community Park. The Kool Shifters Band has a dance tune for everyone, and they’ll be playing 60s, 70s and 80s rhythm and blues and rock as well as country, and swing. Come early to this concert and enjoy a chicken barbecue dinner to help out the Mountain Ranch Youth Alliance; bring a donation of canned food or other shelf-stable donation for the food pantry in exchange for a free dessert.

Last year the San Andreas concert moved into the town hall to escape the heat and the smoke. The Arts Council is going to do it again this year on Wednesday July 31. Jana & Leroy will cool the aireven more with their chill jazz, sultry blues, and bright pop music.

On Wednesday August 7, Michaela Macfarlane and Cantamosplays world music at Murphys Community park.It’s hard to pin them to any one genre; the band shifts seamlessly across the world music landscape, playing 1960s kitsch like These Boots Are Made For Walking (in French)as well as rollicking Aretha Franklin covers.

When you take Celtic, Spanish, and Italian Music, and mix it up, you get the true nature of the Black Irish Band. They’ll play their upbeat brand of traditional and original folk music on Friday August 16 at Copperopolis (now known as The Square at Copper Valley).

Music in the Parks will close out summer in Arnold at Cedar Center on Friday August 23 with The Fixins, an up-and-coming Americana jam band based out of San Francisco that plays an original mix of folk, funk, roots, and blues music. They’ve been lighting up the Bay Area music scene with electrifying sets that capture the energy of the 60s and 70s rock and folk scenes.