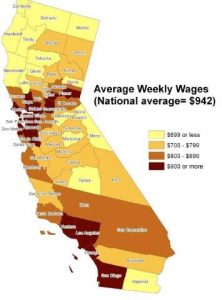 Sonora, CA — The number of people employed last year in the Mother Lode decreased, but the average wage increased.

During that one year period the number of people in the workforce declined in Tuolumne County by eight percent, and fell in Calaveras County by 11.1 percent.