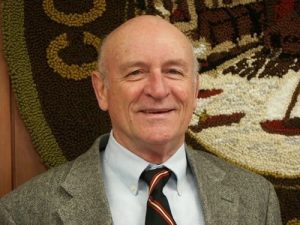 Knights Ferry, CA — Tuolumne County Supervisor Paolo Maffei has heard back from the federal government on a proposal he has for a soon to be vacated canal near Knight’s Ferry.

The Oakdale Irrigation District plans to replace a mile of its Old South Main Canal near the Stanislaus River with an underground tunnel. Maffei is proposing that the vacated region be turned into a hiking trail.

The trail would actually start in the Two Mile Bar Recreation Area and end near Knights Ferry, making a large portion of it in Tuolumne County. Maffei says he’s received a letter from a representative with the Corps of Engineers showing “a great deal of willingness” to move the idea forward.

“I think that it is important that we think in terms of recreational opportunities,” says Maffei. “For the tourist industry, this could be a full day event for people, and they’d probably spend some money at places like restaurants after their hike.”

Maffei says the next step is to have communication with agencies that would be involved with the project. There have been concerns voiced about potential property right issues with ranches in the area, but Maffei is optimistic those can be worked out.