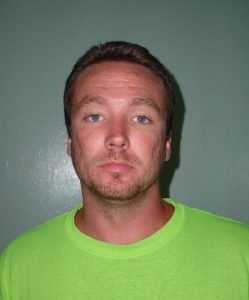 At approximately 9:08 pm, the Sonora Police Department received a report of a male and female arguing on the 300 block of S. Washington Street. Officers took into custody Meagan McFadden and Brian Armstrong who matched the description of those who had been seen in the area of two vehicle burglaries and one home burglary. Both suspects were identified by the victims.