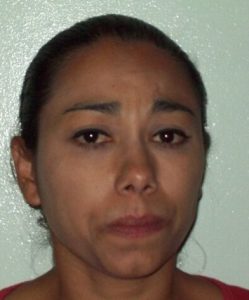 Sonora, CA — An Angels Camp woman was arrested on drug charges while traveling through Sonora.

A Sonora Police officer pulled over a BMW in the 300 block of S. Washington for having suspended registration. While the officer was speaking to the driver, another person claiming to be the owner of the vehicle, 34-year-old Teresa Cruz, walked up. A search of Cruz’s purse revealed 6.6 grams of methamphetamine, 2.8 grams of marijuana, two pipes with methamphetamine residue and other paraphernalia. Cruz was booked into Tuolumne County Jail.