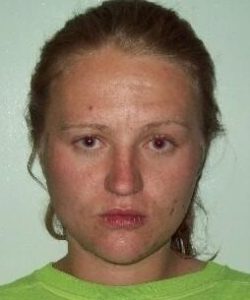 Sonora, CA – A Sonora woman was arrested after throwing a burrito at a Sonora Police Officer.

The Police Department was notified over the weekend that a customer at Walmart was reportedly harassing customers near the in-store Taco Bell. An officer approached the suspect, 24-year-old Destiny McMullen of Sonora, and she became upset and threw her Burrito Supreme at him, striking him in the chest. McMullen then allegedly attempted to spit on the officer. A brief physical confrontation followed, and McMullen was taken into custody. She faces misdemeanor charges of assault on a peace officer and obstructing a peace officer.