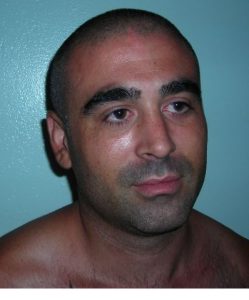 Sonora, CA — A wanted Sacramento man has been arrested in Sonora.

30-year-old Jeremy Nessi had been arrested for assault with a deadly weapon. On his court date, Nessi fled a Sacramento Courtroom when he learned that he would be remanded to custody.

A felony warrant was issued for his arrest. Over the weekend, the Sacramento District Attorney’s Office requested that the Sonora Police Department check a residence on Barretta Street for Nessi. The suspect was not there, but he was later spotted by an officer in the area of Shepherd Street.