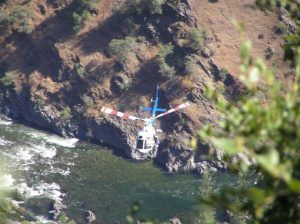 Groveland, CA — A Groveland man who was fatally injured in a vehicle accident near Groveland has been identified as 55 year old Lance Kirk.

The CHP initially believed that the accident had occurred this morning but later learned that it had actually happened last night. Officer Mike Remmel says Kirk’s Dodge truck was traveling on a Forest Service Road near the Lumsden Campground and went down an embankment 1500 to 2000 feet.

Kirk was the only person in the vehicle.