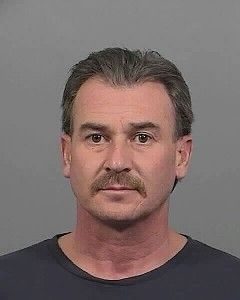 Sonora, CA – The Sonora Police Department is looking for a suspect that led officers on a high speed chase this morning.

An officer attempted to pull over 45-year-old James Cotner of Ceres at 9:55am for a traffic violation on Stockton Road. Cotner sped up and turned west on Highway 108. The Police Department says Cotner’s vehicle reached speeds of 90 miles and hour and started passing vehicles over the double yellow solid lines. At one time Cotner nearly collided head-on with an oncoming semi-truck.

Cotner stopped his vehicle along a dead-end private driveway, just west of Mill Villa Estates. He took off running into a heavily wooded area and remains at large. He was last seen wearing a white tank top and blue jean shorts.