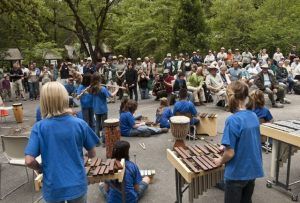 Yosemite, CA – Two Yosemite non-profits have merged in hopes of creating a new era for the park.

A ceremony to recognize the creation of the Yosemite Conservancy was held Friday at the Yosemite Valley Visitors Center. The Yosemite Association and the Yosemite Fund had been two competing non-profits, but are now one.

“Providing for Yosemite’s future is our passion,” says Mike Tollefson, President of the Yosemite Conservancy. “This is now the only philanthropic organization dedicated exclusively to the protection and preservation of Yosemite National Park and enhancement of visitor experience.”

Congressman George Radanovich stated, “The work of the Yosemite Conservancy is critical to supporting stewardship in the park, the crown jewel of the National Park System, so that it is preserved and protected for generations to come.”

In 2010, the Conservancy will help support around 40 projects.