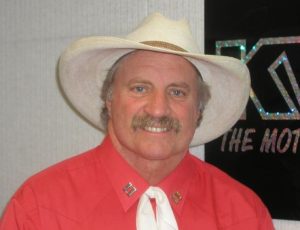 Sonora, CA — This weekend will mark the 53rd year of the Mother Lode Roundup.

The event annually falls on Mother’s Day weekend and is put on by the Tuolumne County Sheriff’s Posse.

Members of the Posse were initially concerned about how the slow economy would affect this year’s event.

"We expected the worst coming into the Roundup season this year, and we were pleasantly surprised with the support we got from our existing sponsors and many new sponsors that have come on board," says Al O’Brien, Sheriff’s Posse Captain. "It’s been a blessing and allows this event to continue."

Nearly 200 entries will take part in the Saturday morning parade that gets underway at 10am in downtown Sonora. Being an election season, multiple politicians have signed up to join the traditional organizations and businesses that take part. Sheriff’s Posse member Bill Kile of Jamestown will serve as the Grand Marshall.

The rodeo will get underway at 2pm on both Saturday and Sunday at the Mother Lode Fairgrounds and organizers say it will again draw some of the top competition from the region.

For a full listing of events and times, click on the Mother Lode Roundup section here.