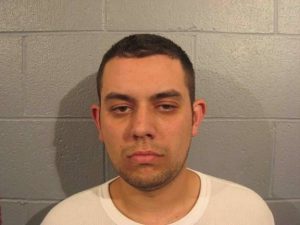 Walter Fred Pool III was arrested Thursday after leading police on a chase in which speeds reached approximately 90 mph. The passenger in the car falsely identified himself to officers as 23-year-old Kristopher Frontella of San Andreas.

The Police Department says the passenger was actually 26-year-old Nichollas Frontella, and he was trying to falsely identify himself as another family member that had no involvement with the incident.

According to Interim Chief Todd Fordahl, the Department has opened up an investigation into the matter, due to Nichollas Frontella providing false information.

The Police Department asks that if you know of Frontella’s whereabouts, to contact the Department, or call 911 to report the information to local authorities.