So You Want To Be In A Parade … 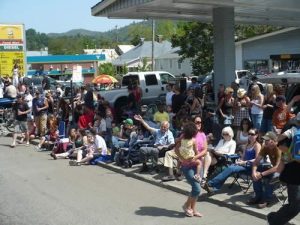 Sonora, CA — If you do there is still time to enter the Mother Lode Round Up Parade on Mothers’ Day weekend.

According to Parade Chairman Jim Opie the deadline is Saturday, April 24 at 5pm for entries for the second longest parade in California (Tournament of Roses Parade on New Years Day in Pasadena is the longest).

With the cutoff still nine days away, Opie is expecting anywhere from 150-200 entries this year.

As usual there will be plenty of horses especially with the Tuolumne County Sheriff’s Posse, bands and floats for the south to north parade on Washington St.

Click PARADE to download the official entry form which has all the instructions plus the stated entry fee of $20.