What Will It Be? 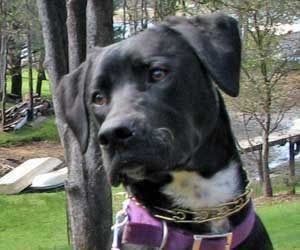 The Tuolumne County Sheriff’s Office is officially in the market for a canine for use in its Operations Division.

The program represents a lot of time and effort on behalf of the Deputy Sheriff’s Association. The dog will benefit the our office in terms of added safety, for its patrol personnel and ultimately, added safety for the citizens of Tuolumne County.

The Sheriff’s Office is currently working with a kennel in an effort to find the right animal that will meet the desired criteria. Once that dog is found a handler will be assigned.

But that’s not all. The Sheriff’s Office will be asking children from kindergarten through the sixth grade to write an essay (100 words or less) with their name choice and why they think that would be the best name possible. The winner will be selected by Sheriff Mele and will receive a certificate of appreciation and a $100 gift card provided by the Deputy Sheriff’s Association.

Any questions regarding the K-9 program and the contest should be addressed to Sheriff Mele at (209) 533-5855.