Trinitas Back In The Spotlight 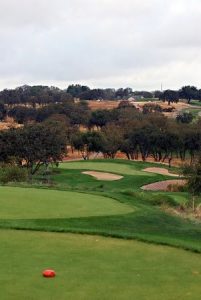 The Chamber endorsed passage of the project last year before it was eventually voted down by the Board of Supervisors.

A new debate recently came to the forefront when the Chamber scheduled a golf tournament at Trinitas, prompting Supervisor Gary Tofanelli to resign from the Chamber Board due to conflict of interest concerns.

Chamber Director Diane Gray has released a letter after concerns were raised by some outside interests, “When we have a business like Trinitas, and members like the Nemees, that are being deliberately and unfairly targeted for destruction, we must support them. For too long, our business community has stood idle on important economic issues. This time, the ambivalence has ended.”

While the Supervisors did vote down the development (that was already constructed), some golfing has taken place at the property as the owners (Mike and Michelle Nemee) fight through the legal process.

The Chamber’s letter also states, “We believe that most of those who oppose Trinitas do support the Nemees rights to due process. Certainly, they have the right to their opinion and they may ultimately prevail. In our assessment, Trinitas was prematurely tried and convicted by a partisan press, a handful of activist neighbors, and a personal agenda by a county employee.”