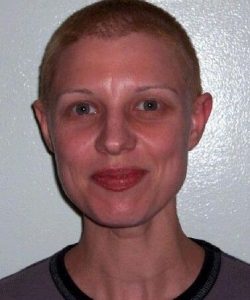 Sonora, CA — A stolen semi-truck led to far more before the curtain would come down Friday afternoon.

Late Friday morning Sonora Police officers were informed of a stolen semi-truck by the C.H.P. At approximately 2:30pm an officer located the stolen truck parked in the driveway of a residence in the 300 block of East Lyons St. At the same time the officer noted an individual left the residence in a older blue Datsun pickup.

Officers then made contact with 28 year old Steven Murphy of Columbia. He admitted knowing the truck was stolen. He was arrested and charged with possession of stolen property, being under the influence of a controlled substance and possession of drug paraphernalia (glass pipe).

Later officers stopped the blue Datsun pickup. 26 year old Daniel Foote of Tuolumne refused to exit the vehicle. At that point he was removed from the truck and booked into the County Jail for possession of stolen property, resisting arrest and driving on a suspended license.

With a search warrant in hand officers then checked out the East Lyons St. address and discovered numerous items of stolen property from both the city and the county. In addition they found an active Hashish laboratory.

Arrested was 31 year old Marsha Elizabeth Fisher for manufacturing a controlled substance. She was already in custody.