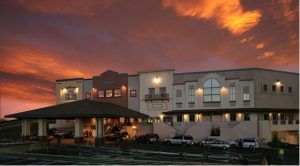 Jackson, CA — Two teenagers were shot at the Jackson Rancheria early Sunday morning in what officials say was a gang related incident.

At around 5am a 15-year-old and 18-year-old were shot with a small caliber gun. Both were taken to hospitals in the Valley and are reportedly in stable condition.

The casino was evacuated and multiple law enforcement agencies worked to create a perimeter around the facility. The shooter and four others were captured by law enforcement and taken into custody.

The shooter is reportedly associated with the Norteno gang and based out of Stockton. His name has not been released.