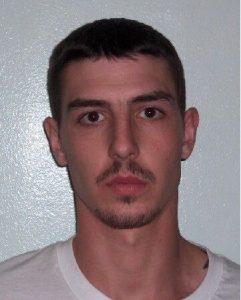 25 year old Ernest Tyler Mittry and 22 year old Joy Mariko Mata of Sonora have been arrested and booked into the Tuolumne County Jail for drug trafficking.

Contact was made at a traffic stop at 9pm February 28. T.N.T. agents had received information the two were responsible for selling significant quantities of cocaine in the county. At the time of the arrest the pair had on their persons an ounce and a half of cocaine with a street value of approximately $1,000.

An investigation was then instigated based on that information. Many hours of investigation and surveillance was completed before a search warrant was issued. Items associated with the transportation and possession for sales of cocaine were also located at the residence. Child Welfare Services was contacted when it was learned a three year old child was in their residence in the 19000 block of Serrano Rd.

This investigation led T.N.T. personnel to Modesto where they arrested 24 year old Duane Paul Ramirez-Murfin and 22 year old Marcus Jamal Beavers. Ramirez-Murfin was arrested on three felonies related to possession for sales of cocaine. Beavers, who was staying with Ramirez-Murfin but resides in Sacramento, was arrested on three felony warrants and one misdemeanor warrant out of three different counties. Beavers was also charged with resisting arrest. More than a quarter of a pound of cocaine was seized which had a street value of $4,500. Also seized was a vehicle, cash and a weapon.

Ramirez-Murfin and Beavers are incarcerated in the Stanislaus County Jail.