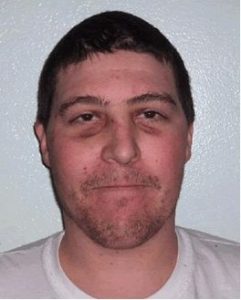 Sonora, CA — A Cedar Ridge resident spent most of his weekend in the County Jail.

Saturday afternoon at approximately 3:30 Deputies Oliver Imlach and Mike Pershall from the Sheriff’s Office responded to a domestic dispute on Estralita Drive in Cedar Ridge.

They learned that 30 year old Brian Allen Herd had been stealing items from the residence and arguing with his brother and father. Saturday he was fighting with his brother when he was informed by his father that the Sheriff’s Office had been contacted. Herd said he would fight the deputies when they arrived.

Herd then left for his own home. When contacted by the deputies he yelled profanities at them and told them to get off the property. According to the report it was obvious Herd was under the influence.

Imlach and Pershall parked their vehicle down the street. Herd then left in his truck and led the pair on a chase that reached 70mph. When Herd’s truck ran out of gas he tried to elude the deputies on foot. He was tasered twice before being arrested and transported to the County Jail.