MRL Industries On The Upswing 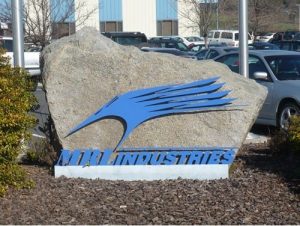 Sonora, CA — High Tech MRL Industries continues to grow while many other companies are either downsizing or closing their doors.

The Swedish based firm is owned by Sandvick and deals in assorted high tech ventures including solar energy, wafer chips and semi-conductors to name a few. MRL Industries is even entering the agri-business arena dealing with almonds and pistachios from the Valley.

In hosting Economic Development Director Larry Cope and the E.D.A. Board of Directors this morning Chief Operating Officer Aaron Roy admitted that 2009 was the worst year for the company since 2000 but he added that he already knows that 2010 will be the best year ever. In fact Roy commented that two major contracts had been agreed upon just before this morning’s meeting got underway.

MRL currently employs 158 but it looking to add possibly another 10 employees due to the new contracts and its ever growing global market.

MRL has a number of engineering interns from the University of the Pacific (Stockton) some of whom may be offered full time employment upon graduation.