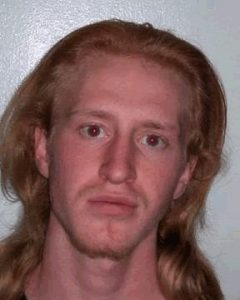 Columbia, CA — A Taser had to be used earlier this week to subdue an 18 year old who threatened a C.H.P. Officer.

As the vehicle came to a stop 18 year old Harley Elias Carter of 13731 Big Hill Rd. in Columbia exited the vehicle and immediately made an aggressive move toward Officer Foote.

Carter was directed to stand down but according to the C.H.P. report he attempted to physically assault Officer Foote. Foote than utilized his Taser to disable Carter. The latter was taken into custody after a brief struggle.

He was transported to Sonora Regional Medical Center before being booked into the County Jail on charges of resisting arrest and threatening a peace officer.

Officer Mike Remmel added that the cause of the assault probably resulted from past contacts the family has had with law enforcement personnel.