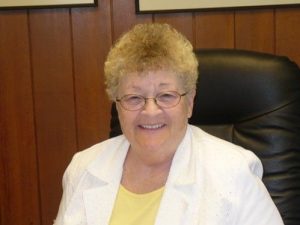 Sonora, CA — A Tuolumne County supervisor has been dropped from the advisory Planning Committee.

Board Chair Liz Bass, using a discretionary measure afforded her position, removed the Third District Supervisor January 29th. "I felt it would be better if Teri Murrison put her energies somewhere else. I would just leave it there."

According to Bass, Murrison and TuCare have spearheaded a land use policy. The project was paid for by the Sonora Area Foundation.

"This land use plan clearly represents local economic interests, and there will be no federal or state agency that looks at that plan that will be unclear about what are economic interests are," states Murrison. "I wish that we had the same type of document from organizations that oppose it, but unfortunately we don’t."

Bass adds that all such policies should be initiated by in-house personnel not outside sources. Bass says that while she disagrees with some of the issues involved, she will not stand in the way of it being considered by the Board.