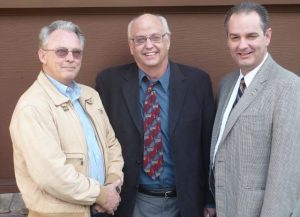 The program is a result of SBX3 18, a bill that was passed to help reduce the state’s budget deficit. Officials estimate this will reduce the deficit by $360 million out of total of $1.2 billion that is projected to be cut from the C.D.C.R. budget.

Tuolumne County Sheriff Jim Mele will comment on the overall effect this program will have on local law enforcement agencies along with the dangers of releasing so-call “non-violent” offenders.

Calaveras County Sheriff Dennis Downum will take a look at the continuing reductions in state funding for local law enforcement … reductions that started in the early 1990’s.

Calaveras County District Attorney Jeff Tuttle will summarize the increased workload for his office with the “early release” program coupled with the loss of three employees due to lack of state and local funding. In addition he’ll predict the plight of many of the inmates as they receive their $200 with their “walking papers.”