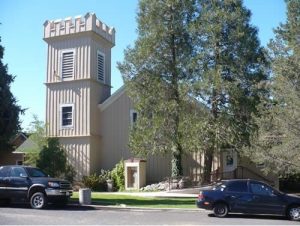 Church of the 49ers - Columbia

Sonora, CA — The public meeting dates have been set for the establishment of a Five Year Strategic Plan.

The Tuolumne County Board of Supervisors will be hosting the five meetings in each of the county’s districts. The public will be asked to describe what are or should be the top priorities for Tuolumne County.

All meetings will be held on Tuesdays and they will start at 6:30pm.

District Two is first on the calendar with a January 26 meeting at the Willow Springs Club House in Soulsbyville.

District One will follow with a February 2 gathering at the Supervisorial Chambers in the County Administration Building at 2 S. Green St.

District Four is next with a February 16 meeting at the Groveland Community Hall.

District Five will close out the series of meetings with a February 23 date at the Church of the 49er Social Hall in Columbia.

These meetings are in addition to the regularly scheduled Tuesday supervisoral meetings in downtown Sonora.