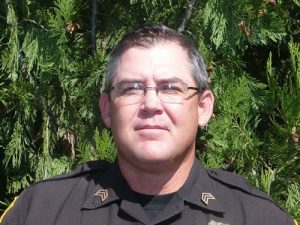 San Andreas, CA — The reward has been increased for any information that will lead to the arrest and conviction of the person or persons responsible for the Valley Springs random shootings.

While the latest shooting took place December 30 it was only reported to the Sheriff’s Department Tuesday. A bullet was fired into the rear panel of a truck while the owner was eating dinner at the Fusion Grill.

Sgt. Dave Seawell states that 14 random shootings have now been reported. He adds that evidence has been accumulated but to release that information at this time could potentially jeopardize the case.

Seawell adds that the Department has received a number of tips but many of those people have waited a couple of hours or a even a full day(s) before making that call to 754-6500 or 1-800-ATF-GUNS. "We need to have those calls made as soon as possible … that would be a great help to our investigation."

As to the mood of the community, "There is some concern … a lot of rumors. I had someone tell me this morning there was another shooting last night which turned out to be incorrect. There’s a lot of talk about it, but we don’t want people to panic … just remain vigilant and don’t become desensitized to it. If you see something unusual please call us. You never know what small detail might break the case."