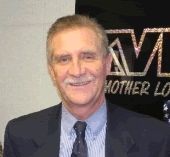 Sonora, CA — Now that Donald Segerstrom has been selected to be a Tuolumne County Superior Court Judge, the county has the task of appointing a new District Attorney.

Segerstrom expects to begin his new role within weeks.

“I have met with the Presiding Judge, and at some point there will be a date selected for a swearing in ceremony,” says Segerstrom. “Hopefully it will be pretty soon, but I do have to finish up some things at the District Attorney’s Office that I’m working on.”

“The District Attorney’s position will then be subject to an appointment by the Board of Supervisors,” adds Segerstom.

The county will have to decide whether to fill the position on a permanent or interim basis.

Segerstrom, who has served as District Attorney since 2001, says he was honored to be appointed by the Governor. “It is something that I’ve wanted to do for some time,” says Segerstrom. “I’ve been very privileged to serve the citizens of Tuolumne County as District Attorney for 11 years, and I look forward to continuing to serve them in a new capacity as Superior Court Judge.”

Segerstrom’s judicial term, of the retired Douglas Boyack, is through next year.