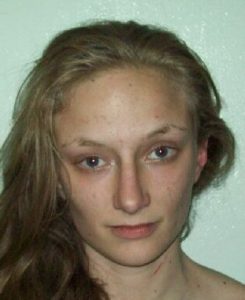 Angels Camp, CA — A woman that was listed as Tuolumne County’s “Most Wanted” has been captured in Angels Camp.

The Angels Camp PD reports that 23-year-old Faith Alexandra Healy was located hiding at a residence in the 600 block of Tuolumne Avenue over the weekend. She led officers on a short foot chase, and was captured at a neighboring trailer park. Healy was wanted on charges of battery, burglary, theft and failure to appear in court. She now faces additional charges of fleeing from police.

Ki Tama Purvis, 26 of Angels Camp, was also arrested for allegedly obstructing police during the search for Healy.