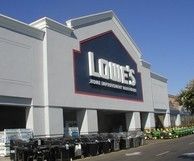 The Lowe’s Home Improvement chain is pulling ads from a reality TV show about American Muslims following protests from a Christian organization.

The Associated Press reports that the retail giant stopped advertising on TLC’s “All-American Muslim” after the Florida Family Association complained it was propaganda that hides Islam’s “clear and present danger to American liberties and traditional values.” The show is meant to focus on what it’s like to be a Muslim in America.

The AP report says California Democratic Sen. Ted Lieu is planning a boycott against Lowe’s, and legislative action, if the company doesn’t reverse its decision.

Lowe’s corporate office has released a statement saying, “Individuals and groups have strong political and societal views on this topic, and this program became a lightning rod for many of those views. As a result we did pull our advertising on this program. We believe it is best to respectfully defer to communities, individuals and groups to discuss and consider such issues of importance.”