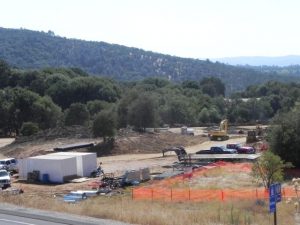 Sonora, CA — During the first meeting of 2012, the Tuolumne County Supervisors plan to further discuss how to proceed on the Jail project.

In October the Board of Supervisors submitted an “Interest Statement” to the Department of Corrections regarding AB 900 Jail funding. The maximum the county could receive is $33 million, but the jail is expected to cost considerably more. County staff was then directed to find ways to cut expenses.

“I can tell you right now that the cost is coming in substantially less, and we’ve looked at it differently,” said CAO Craig Pedro, at this week’s Supervisors meeting. “But there’s still going to be a significant component of cost that would not be covered by a maximum state grant allocation.”

Pedro did not give any further details.

When the revised jail plan is discussed next month, the county will decide whether to submit a formal grant application for AB 900 dollars. The awardees are expected to be known by March. The county would need to have a funding plan in place to cover the remaining costs. It is unknown if that would include asking voters to approve some type of general obligation bond. Some Supervisors have voiced resistance to that idea at past meetings.

If Tuolumne County is approved for state funding this coming March, it would still have the option to decline, if it does not have a way to cover the remaining costs. The jail issue came up during discussion on the Five Year Capital Improvement Plan.