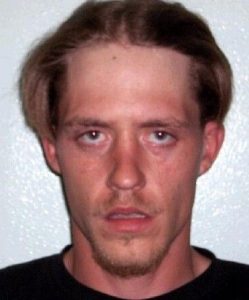 Sonora, CA– Last Friday at around 8pm, there was in incident involving two men that resulted in an arrest near downtown Sonora.

The victim reported that a man had asked him for money near South Washington and Stockton Road. When the victim refused to provide any money he was allegedly knocked to the ground.

The victim further reported that when he got up, he assumed a fighting stance until the suspect pulled out a knife. The victim then ran and found a PACT member (Police Associate Citizens Team) to report the incident.

PACT members help the Sonora Police Department with patrol duties during events such as the annual Christmas Parade which started at 5:30 pm on the day this incident occurred.

The suspect was located inside the lower Save Mart grocery store and was identified as Patrick Hickie, 29 of Sonora. Hickie was taken into custody without incident and booked at Tuolumne County Jail for misdemeanor battery and misdemeanor exhibiting a deadly weapon other than a firearm.