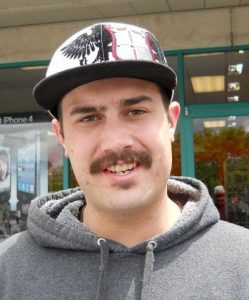 The fire started at around 5:45am today, and it destroyed the two story residence. Three people were living in the home, and they are now being assisted by the Red Cross. One person had minor smoke inhalation and was assisted by emergency crews.

Sgt. Jeff Wilson of the Sheriff’s Office says that while deputies were assisting the firefighters they “found evidence of arson.” Further investigation this morning led to the arrest of 26-year-old Brian Wilkins. Sgt. Wilson says that Wilkins is a “registered arsonist.” Wilkins was booked into Tuolumne County Jail on charges of arson and making terrorist threats.

Information about why Wilkins allegedly set the home on fire has not been released by authorities. Sgt. Wilson says the investigation is ongoing, and that more information will be released later.

Wilkins also had a run in with the law last May. To read an earlier story, click here.