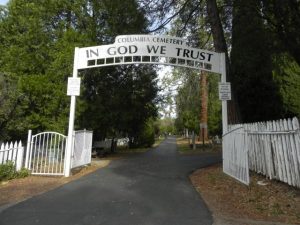 The Grenadine Bells performed a Recitation of Names for the last surviving veteran of each war. The names of all those who served and are buried at Columbia Historic Cemetery were also read.